We're on Your Side

Please contact THE LAW OFFICE OF MARLON VALLADARES, PLLC for an initial consultation.

Experienced representation is just a phone call away. 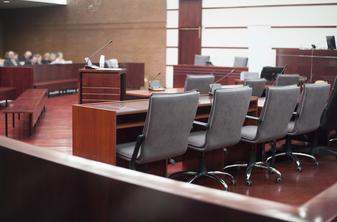 LOOKING BACK OVER THE YEARS OF SUCCESS WE’VE ENJOYED AT THE LAW OFFICE OF MARLON VALLADARES, PLLC, THE MOST PRIDE COMES FROM THE REAL DIFFERENCE WE’VE MADE IN THE LIVES OF OUR CLIENTS.

Everyone at THE LAW OFFICE OF MARLON VALLADARES, PLLC remains truly grateful for the reputation we’ve developed among clients who’ve come to expect a few key differences from our team.

Mr. Valladares was born in El Salvador, and immigrated to the United States in 1985.  He is now a naturalized United States citizen and proud resident of the Alamo City, where he has lived since 2006 with his wife and daughters.

Mr. Valladares graduated from the University of Virginia with a Bachelor’s Degree in History and with Distinction in Spanish in 1996, and a Master’s Degree in Spanish Literature in 1999.  From 1999 to 2001, Mr. Valladares worked as a Spanish Teacher at St. Stephen’s Episcopal School in Austin, Texas.  In 2001, Mr. Valladares left St. Stephen’s Episcopal School to attend the University of Texas, School of Law.  From 2004 to 2007, Mr. Valladares worked for the American Bar Association’s South Texas Pro Bono Asylum Representation Project (ProBAR) representing unaccompanied alien children, and then as the Director of the Catholic Charities, Archdiocese of San Antonio, Inc.’s Unaccompanied Alien Children Pro Bono Project. In 2007, Mr. Valladares joined the Bernardo Kohler Center to direct its Legal Orientation Program in Pearsall, Texas and Laredo, Texas.

In 2007, Mr. Valladares started his own practice and opened The Law Office of Marlon Valladares, PLLC.  Mr. Valladares has represented individuals from Latin America, Europe, Asia, South Asia and Africa, as well as Texas-based companies, religious and non-profit organizations, and school districts with their immigrant and non-immigrant petitions, employment-based petitions, removal/deportation hearings, and family-law and criminal cases.  The Law Office of Marlon Valladares, PLLC has represented clients before the US CIS, US DOL, US DOS, EOIR, Federal Courts and State District Courts.  Mr. Valladares has also counseled school law attorneys with inquiries regarding their clients’ visa petitions, specifically H-1B requests for teachers, including determining the applicant’s eligibility for the benefit being requested and guidance with the petition process.